Is Your Roof Ready for Solar? When is your roof ready for solar?

In previous blog posts, we’ve talked about different types of solar options that could be installed on a roof. This post mentioned solar panels, solar shingles, solar tiles, and solar skins.

Solar panels are popping up throughout neighborhoods in Central Virginia, causing homeowners to ask if solar panels are safe for roofs and if their roof is ready for solar.

The first check box to complete when asking when your roof is ready for solar would be to get a roof inspection.

Owen’s Corning recommends asking the question how old is your roof? A roof inspection can determine the approximate age of your roof if you don’t know.

Homeowners must inspect their roofs to spare themselves the headache of finding severe damage later.

Asphalt shingle roofs should last 20-30 years with correct maintenance. If your shingle roof is older than that and you’re considering putting solar panels on your roof, then you should consider a roof replacement first.

Consider this, your roof is already over half its lifespan, and you’re considering putting on solar panels that generally come with a 25-year warranty. In another ten years, you may have to replace your roof because of the natural life span of a shingle roof. This incurs the cost of paying the solar company to come out and uninstall the solar panels and bars from your roof.

Check out this testimonial from one of our customers who had his roof replaced before installing solar panels! 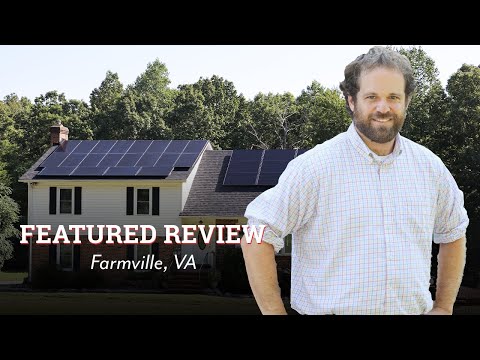 This special clamp is known as an S-5 clamp.

Some solar installation processes may differ from those described above, so ask your solar representative how they may attach the solar to your metal roof.

Which roof is best for solar panels?

Between shingles and metal, the roof best fit for solar panels would be the standing seam metal roof as penetrations in your roof would be avoided.

It’s always best to avoid penetrating the roofing material on your home. This helps avoid future leaking caused by the solar panels.

What is the best roof design for a solar system?

It’s typically known that south-facing roofs allow for optimal solar performance. If your home is east-west facing, the solar panels can still operate efficiently but will have less optimal performance.

Why is south facing better?

Your roof does not have to be south-facing for solar to make sense, but this would be the best roof design for solar.

What should you know about solar installation?

First, get a roof inspection to find out the condition and age of your roof. It’s best to replace the roof before solar installation if your shingle roof is older than ten years.

A standing seam metal roof is the best for solar installation because you can avoid penetrations in your roof.

A south-facing roof receives the most direct sunlight allowing for optimal solar energy performance from your solar panels.

Pros and Cons of a Metal Roof in Lynchburg, VA

Pros and Cons of a Metal Roof in Lynchburg, VA